Victoria Quilters’ Guild members, here on Vancouver Island, British Columbia, vary from traditional hand quilters to fabric artists. Our mandate is to promote and encourage interest in the art of quilting through dissemination of related information; to work together in harmony with mutual respect; and to continue the education of ourselves and the public in the art of quilting.

Victoria Quilters’ Guild has a set of job descriptions (pdf) as well as bylaws (pdf).

The idea of a quilt guild was first born in Ruby Bauer’s mind at a quilters’ workshop held in Parksville, BC, April 23-29, 1979.  Within the year the group at Parksville became an official quilt guild with their first newsletter published in September, 1980.  It became clear that this was a local group rather than an Island guild and there was still a need for some organization in Victoria even though many Victorians did and still do belong to PQG.

At an annual quilters’ gathering at Garth Homer Center on April 26, 1982, Ruby Bauer called together those who might be interested in a Victoria organization.  Discussion led to a meeting at the home of Isabel Stephens on May 19, attended by Cynthia Stanhope, Isabel Stephens, Joy Cowper, Joyce Mild, Olive Minnings, Jean Konkle, Bonnie Drummond, Tricia Ward-Moran and Ruby Bauer.  Each tossed in $5.00 to form a kitty and a temporary Executive was formed; President, Ruby Bauer; Vice President, Jean Konkle; Secretary, Olive Minnings and Treasurer, Cynthia Stanhope.   On May 26, at a meeting at Jean Konkle’s home, Joyce Wild agreed to become president.

The group decided to supply fabric for a logo contest. On June 16 at our first public meeting, fabric was distributed for logo blocks. Ultimately, the logo designed by Dot Stutter was accepted by the guild.  October 6 was the second public meeting with the first newsletter published just before that date.

The information on Guild history was provided by Ruby Bauer.

The Victoria Quilters’ Guild has in excess of 300 members.  These meetings include presentations by world class quilters, as well as trunk shows, slide shows and  singing quilters. Works shown are as varied as the quilters demonstrating them: hand quilting, appliqué, piecing, fibre arts, long arm and machine quilting.

The Guild, through its Victoria Community Comfort Quilts Society, donates about 400 quilts per year to the Neonatal Intensive Care Unit of the Victoria General Hospital.  There is an Annual Christmas Sale in November which supports the purchase of materials to make these baby quilts.

As education is part of the Guild mandate, quilting workshops, mini-workshops, educational speakers and the biennial quilt show are some of the ways the Guild provides members with up to date information on quilting trends.  An extensive quilting Resource Centre is open to members on meeting days and Stitch Days.

Stitch Days are held once a month giving quilters the opportunity to work on their projects in community and help to produce the quilts the Victoria Community Comfort Quilts Society provides to the Neonatal Unit.

Volunteers also attend the Saanich Fair in September to educate the public in the art of quilting. 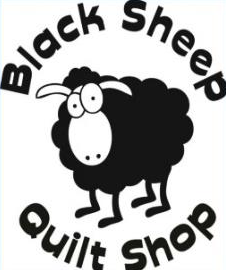